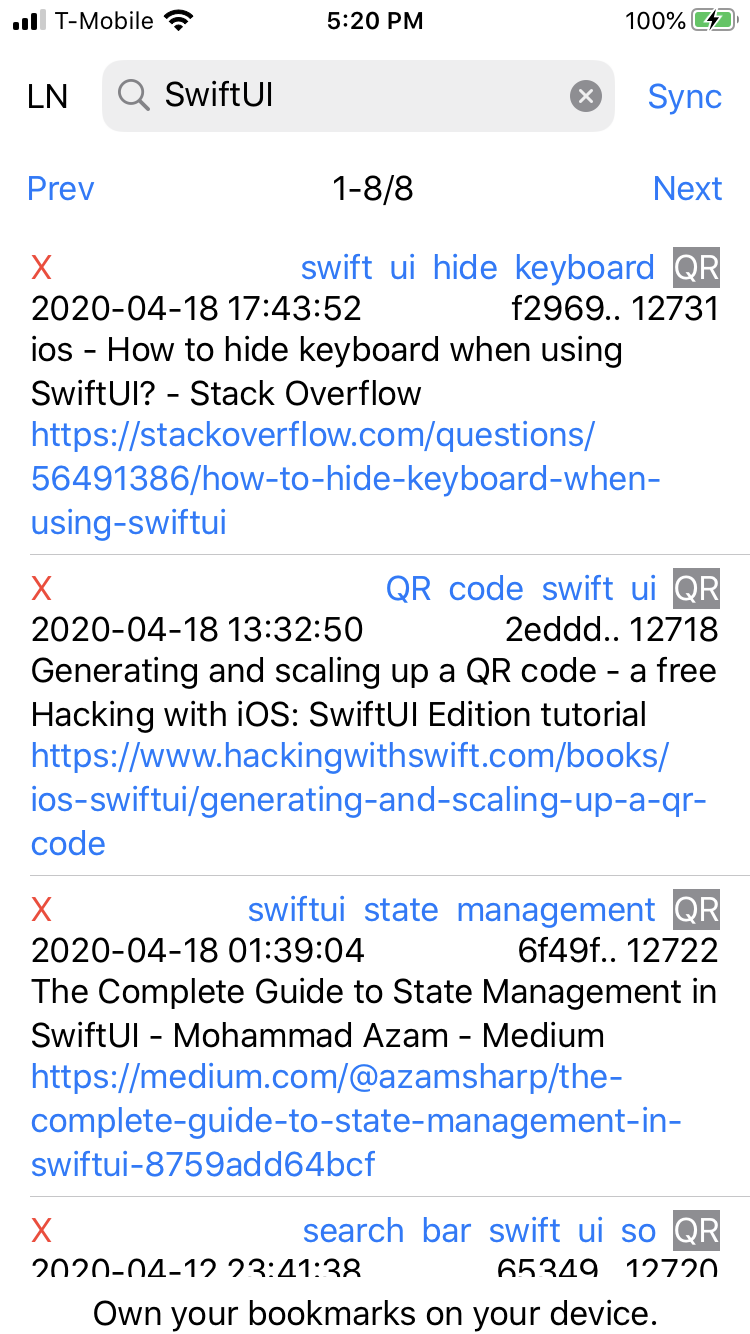 It has been another few months since last Local Native v0.4.1 release, which was not able to include iOS version due to crashing in TestFlight. Now iOS v0.4.1 is finally released!

I still could not identify how the crash occurs by staring at the crash log.

It turns out the fix is to rewrite iOS code in SwiftUI.

One thing maybe a drawback from previous iOS version is that the bookmark note text is not selectable.